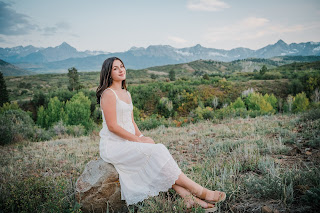 Emma Berwanger - Mayor  My name is Emma Berwanger and I've been living in Ridgway for the past three years. I'm currently a senior at the High School and am planning on majoring in Biology in college. I currently am on the volleyball team as well as a member of the the National Honors Society. I volunteer for around 12 hours a week at the hospital and also work at the Bonton 2 nights a week. I'm honored to lead this council and bring our focus to getting the youth educated and involved in our community. I am excited to see all the amazing things we can accomplish as a council as well as everything I have to learn from my peers and the community! Emmalee Taylor - Mayor Pro Tem Hi, my name is Emmalee Taylor and I am a senior at Ridgway High School. I have lived in Ridgway since 2013, and since I've been here I have enjoyed hiking, skiing, biking, paddleboarding, off-roading, working at Montrose Oral Surgery, tutoring, pet sitting, and scooping ice cream at Cafe Ridgway a
2 comments
Read more

February 10, 2021
Our meeting on February 8th began with electing a mayor and a mayor pro tem for the council. The mayor is expected to guide the meetings, with assistance from the mayor pro tem, who will fill in the mayor’s position in their absence. The group voted, leading to Emma Berwanger being elected mayor and Emmalee Taylor being elected mayor pro tem unanimously.  Next on the agenda was to have a chat with two San Miguel Power Association representatives. The representatives started out by letting us all ask questions and most of us had to deal with clean energy. The representatives then gave us a quick rundown of where all of SMPA’s energy comes from. 5% of the energy is generated locally, and the other 95% is generated by a company called Tri-State. Tri-State is currently getting ⅓ of their energy from renewable energy sources (with wind being the top one). They have a goal of getting 50% of their energy from renewable sources by 2024. There is also a program that SMPA offers that al
Post a Comment
Read more